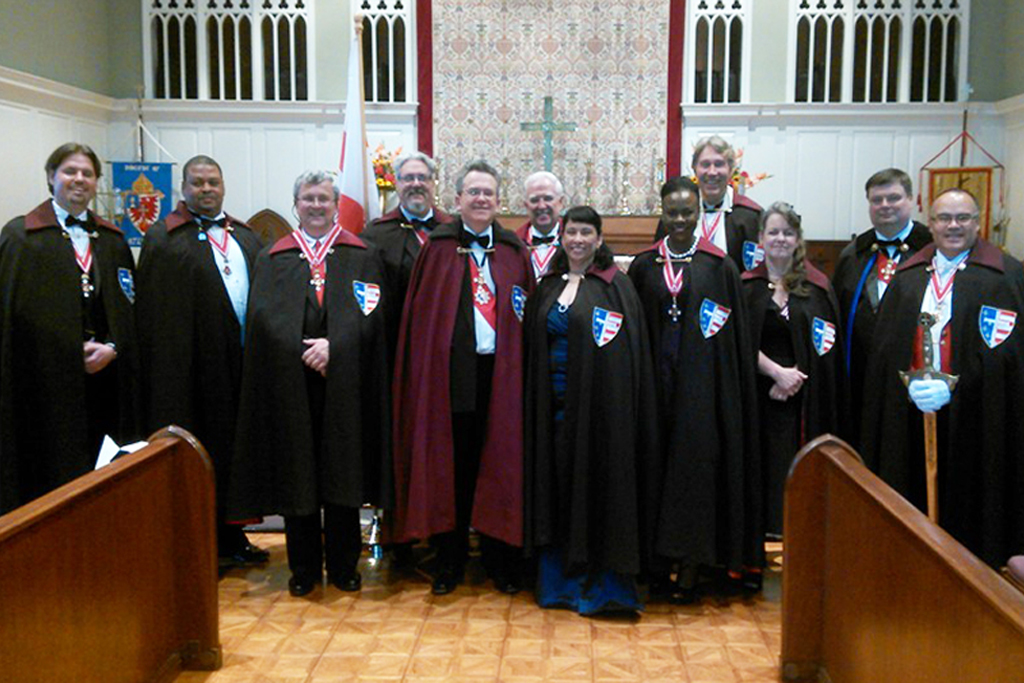 The International Knightly Order Valiant of St George is a worldwide confraternity of men and women who seek to support, in a modest way, the timeless social virtues of compassion, charity, faithfulness and courage – in a word, chivalry. We take our inspiration from the original Order of St. George established in 1326 in Hungary, which was the very first royal and military order of chivalry.

The modern Order is a registered charity and a UN accredited NGO. It members are drawn from all walks of life, and from across the globe.

Today’s Officers, Knights, and Dames of St George uphold the virtues of chivalry and undertake to support our charitable and humanitarian mission around the world. The regalia and titles within the Order are the visible symbols of this commitment.

How we are organized

The United Kingdom Grand Priory and the Grand Priory of the Americas form one unified organization. Both Grand Priories have a number of regional branches, called Commanderies. The Grand Magistery, headed by the Magisterium Officium, is responsible for the direction of the Order’s work.

We are affiliated to the Royal Society of St. George and partner with a number of organizations who share our aims and with whom we work to deliver our humanitarian projects.

We have good fraternal relationships with branches of the Order elsewhere in the world; however, these are independent organizations.