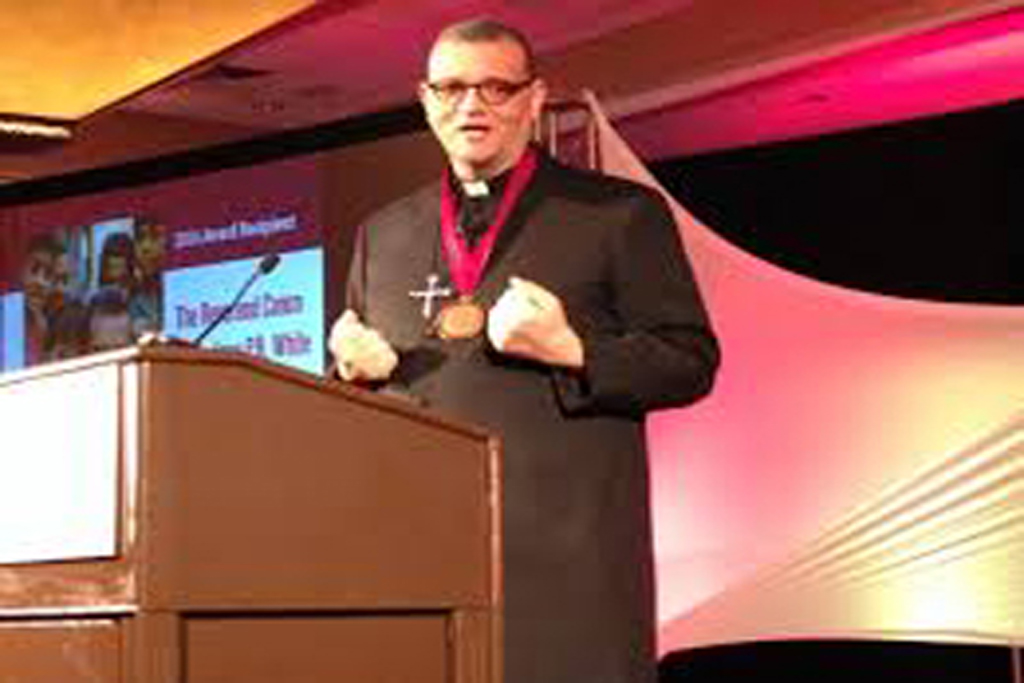 We are delighted to announce that the Order’s Spiritual Protector, Canon Andrew White, has been selected as this year’s recipient of the William Wilberforce Award. The annual William Wilberforce Award is given to recognize its recipient as an example and model of the witness of real Christianity making a difference in the face of tough societal problems and injustices. It is named for the eighteenth-century British parliamentarian, whose impassioned, reasoned debates and writings fuelled the end of the slave trade. The award is presented both to encourage Christians to follow its recipient’s example and to demonstrate to the secular world the benefits of Christian influence in society.

Andrew says: “This award means so much to me, not that I think I deserve it but my first major church job was being Vicar not in Baghdad but in Clapham where William Wilberforce lived. Each day I would pass his former home and would often pray ‘Lord will you help me to serve you like Wilberforce did’. I never dreamt that I would ever be recognized in this way. It is humbling to think that last years award went to the great Cardinal Timothy Dolan and this year it should go to me.”

Congratulations to Canon Andrew from his friends at the Order of St. George!

Videos of Canon Andrew at the Wilberforce Awards