The Order is winner in interlivery event 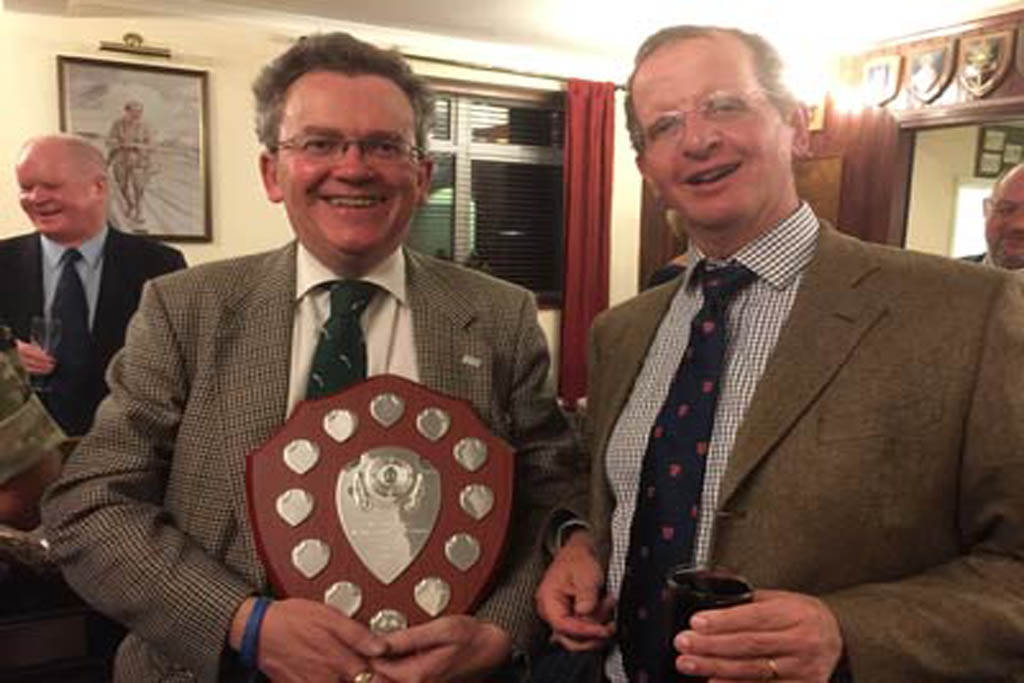 A team led by Grand Prior Simon McIlwaine and Deputy Grand Prior Mark Haley stormed to victory in the annual affiliates’ competition and open day hosted by our Regiment, the Princess of Wales Royal Regiment at Hythe Ranges, near Lydd in Kent – one of the most remote parts of South East England and one of the largest military ranges in the UK.

The day consisted of first aid scenarios, camouflage, observation, pistol and rifle competions and a quiz on regimental history.

Lt Col Andy Betts presented the winning trophy shield to the Grand Prior at the dinner afterwards, the Order having taken it from last year’s champions, the Worshipful Company of Cutlers.