“The first (of the chivalric Orders) was probably the Order of St.George … It was a brotherly union of knights who swore to defend the realm and protect the king, and to follow him in ‘pastimes and knightly sports’ – doubtless a reference to tournaments they contested.”

The International Knightly Order Valiant of St George takes its inspiration from the ancient and military order of knighthood, founded on 23 April 1326 in Visegrad, Hungary, by King Károly Róbert, great-grandson of Charles of Anjou – in 2026 we’ll be celebrating our Septcentenary – 700 years!

The Order is a lay order dedicated to the name of the Blessed Trinity under the particular patronage of St George, the patron saint of chivalry.

The original foundation documents are preserved in the Hungarian National Archives in Budapest. It is the most ancient of those Chivalric Orders which were created as “Royal” institutions, independent of the church, and is a religious confraternity of Knights and Dames who are committed to a life of humility, loyalty and service for the common good. Over the centuries, governance of the Order has been in the hands of Kings of Hungary, Holy Roman Emperors, Cardinals and a Pope. An image of the national symbol of Hungary, the Holy Crown of St Stephen – pictured above – features in the regalia of the Order.

In Hungary, the twentieth century foundation the Order of Vitéz was based upon the Order of St. George, but the Knightly Order Valiant of St George re-emerged in its own right after the fall of communism in 1989. The ceremony in St Stephen’s Basilica, Budapest, to install the Grand Master was attended by the President’s representative, the Cardinal Primate and the senior Protestant bishop, as well as numerous politicians.

In the twentieth century the international Order was registered as a charity under English law. The Order is also a 501(c)3 non-profit organization in the United States. In 2015 the Order also became an officially recognized Non-Governmental Organization (NGO). 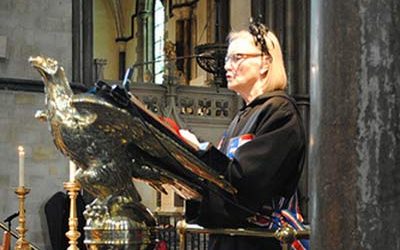 It is with deep sadness and regret that we must announce that our beloved Grand Patron, HE Col. Dame Iris Karászy-Kulin MKN GCStG DCLJ CML, has passed away. Grand Magisterium Stuart Notholt says:... 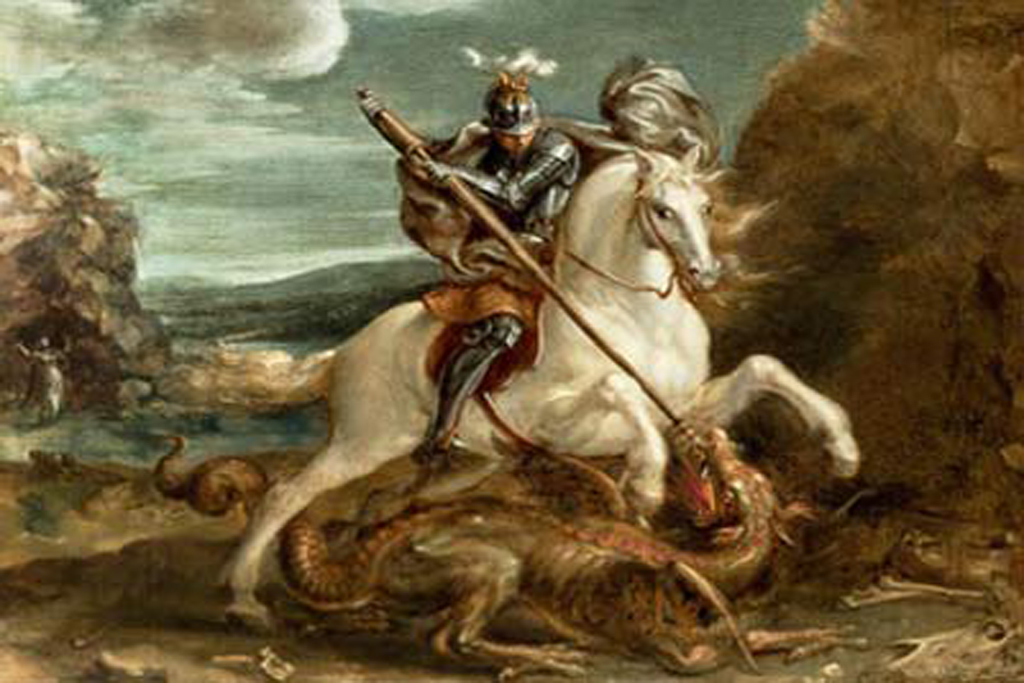 Stories of Saint George, the patron saint of chivalry, have been recounted in many lands for seventeen centuries. It is believed that the historical figure of George was born in Cappadocia... 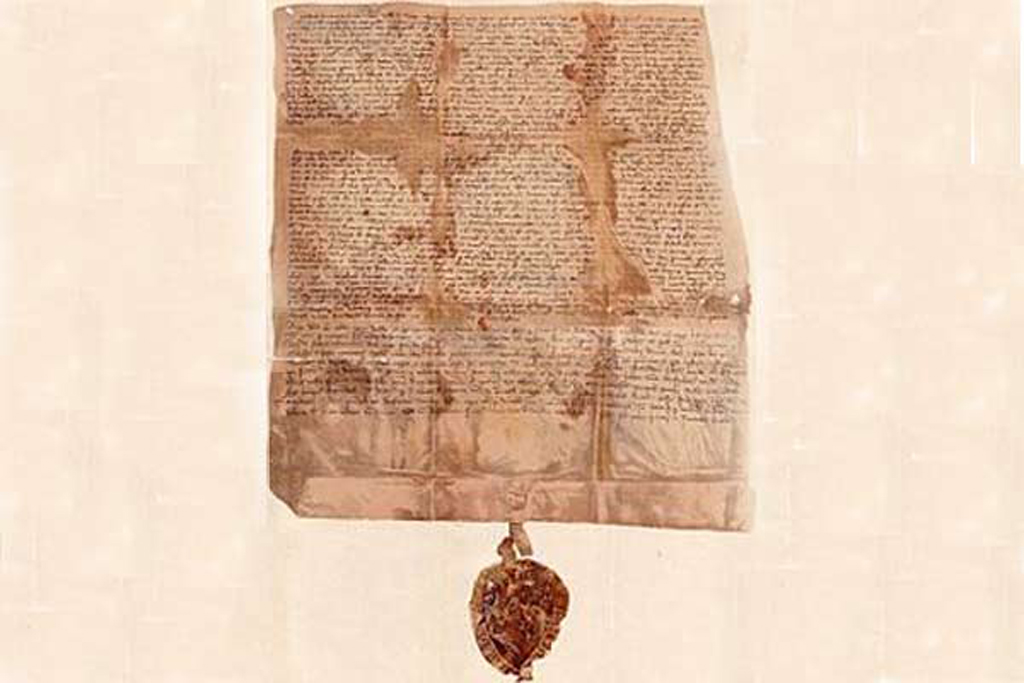 "The first (of the chivalric Orders) was probably the Order of St.George ... It was a brotherly union of knights who swore to defend the realm and protect the king, and to follow him in ‘pastimes... 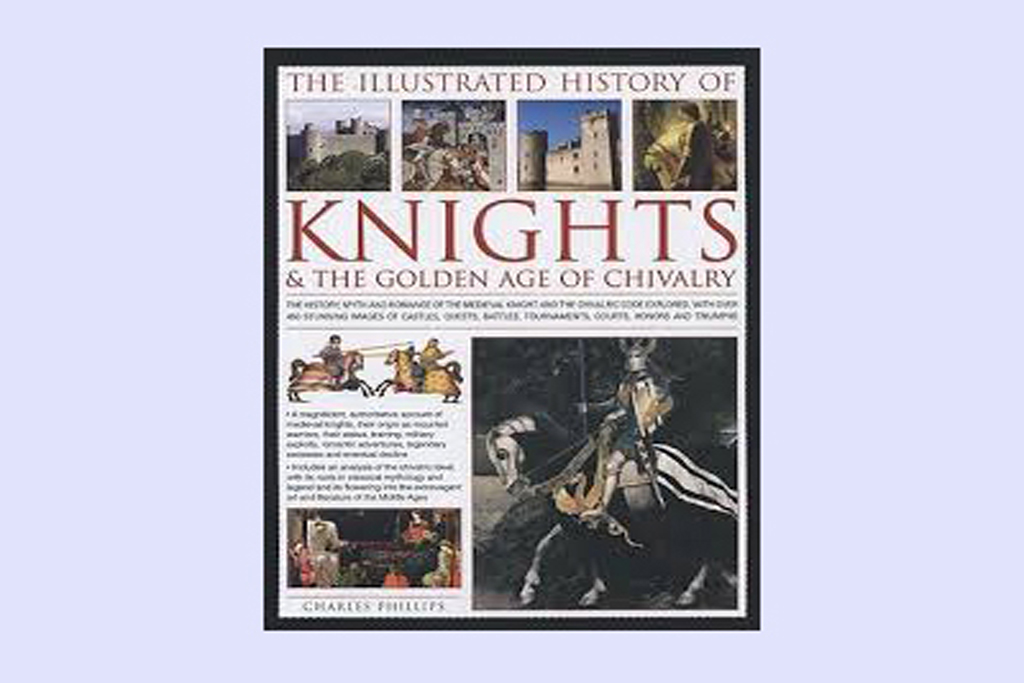 The Complete Illustrated History of Knights & the Golden Age of Chivalry Charles Phillips This colourful and informative book makes the perfect gift for a family member – or just for your own...

We the members of the Fraternal Society of Knights who bear the title of St George with this document declare to one and all: as men who do deeds must be judged not only on the deed itself but also... 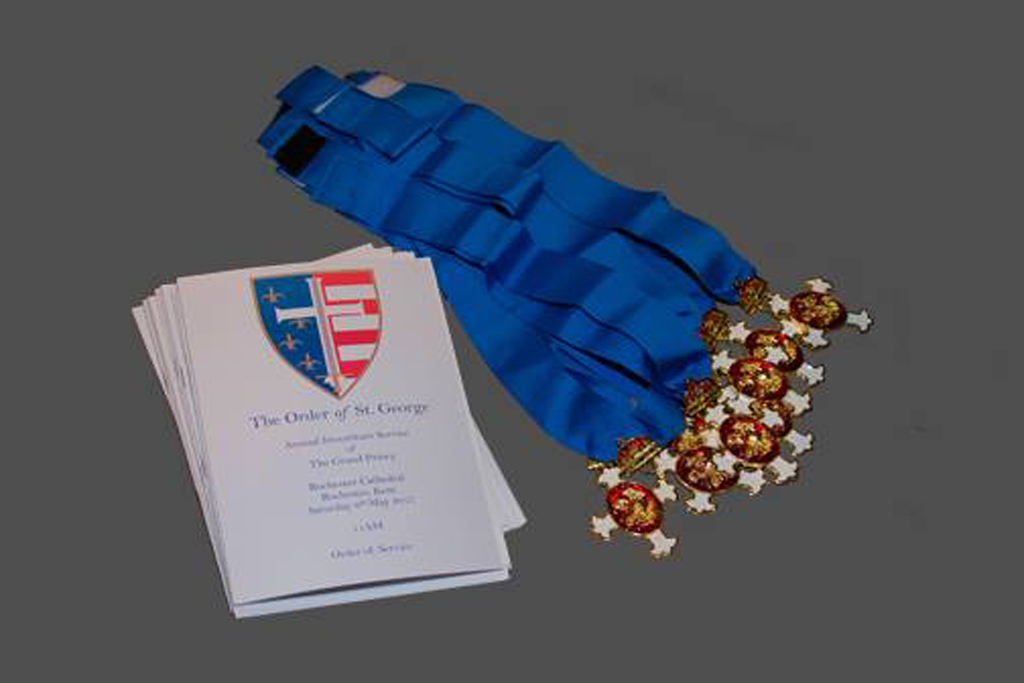 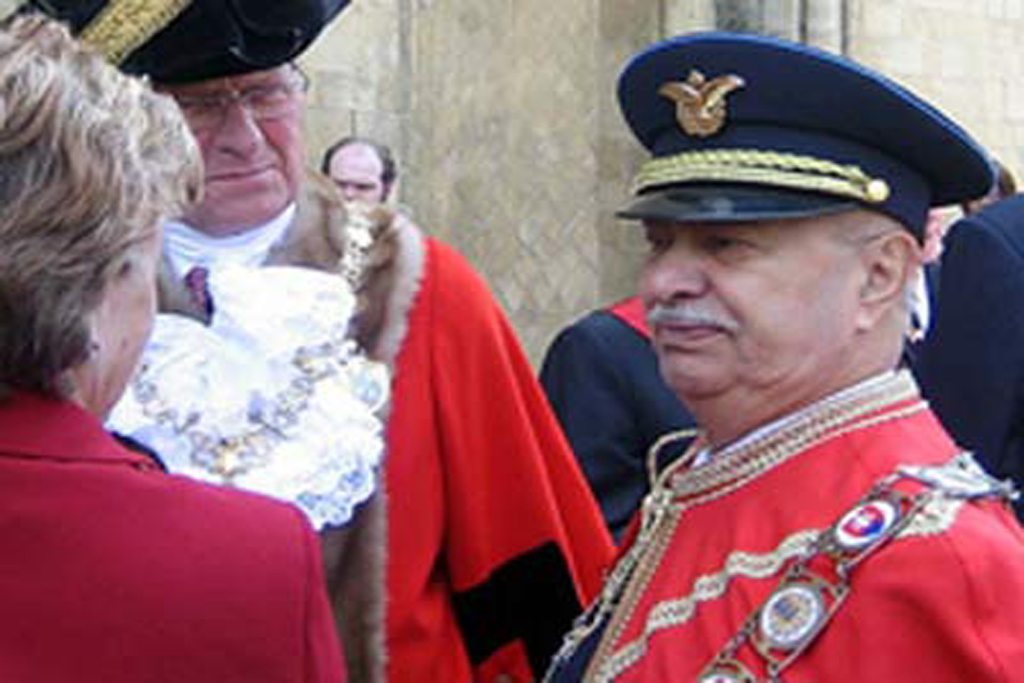 It was with great sadness that we reported the death of our beloved Grand Master, Major-General vitez Janos Karaszy-Kulin, GCStG GCLJ, &c., Hero of the Hungarian Uprising, peacefully at home...