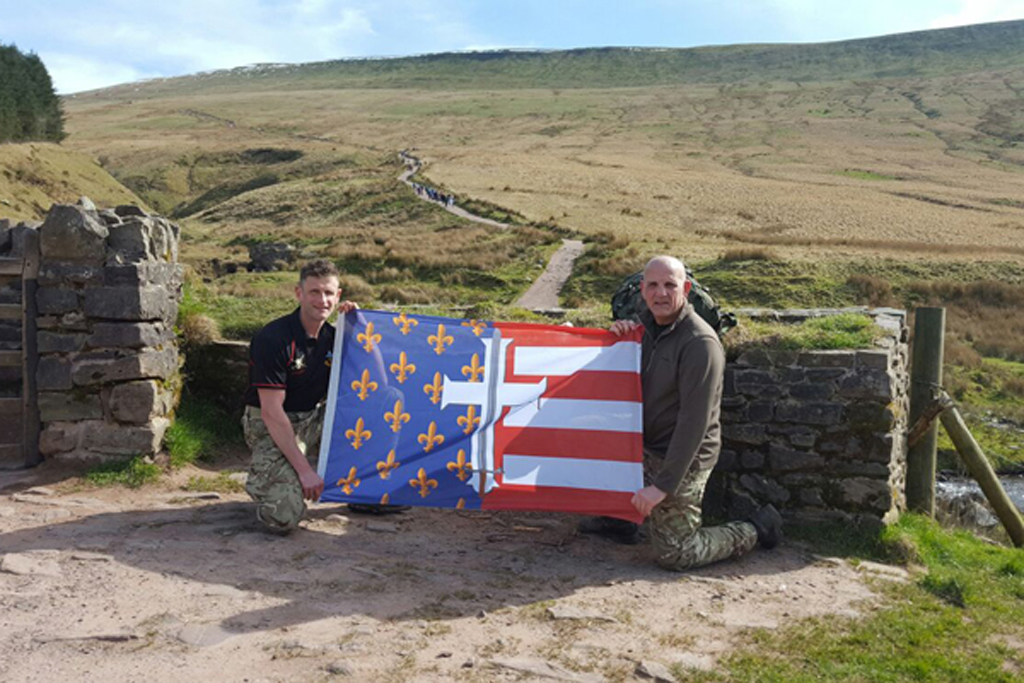 The banner of the Order of St George is unfurled during the run.

Chevalier Mel Watts and Al Lewis have completed their fundraising run for the Order. They ran up Pen Y Fan, the highest peak in south Wales, situated in the Brecon Beacons National Park, raising over £1000 for three of the services charities the Order supports – ABF – the Soldier’s Charity, The 3rd Bt Princess of Wales’s Royal Regiment and the Green Berets.

“I enlisted Al Lewis, a friend and colleague who joined me on the run over the top of Pen Y Fan, from Cwm Gwdi to Storey Arms,” says Mel. “But we did it with an added twist. We made our way over the mountain with myself being partially sighted by blindfold, and Al guiding me to the top and down other side. The blindfold represented the hardship and burden of soldiers injured in conflict, whilst the help and guidance of my colleague represents the support that is needed by those injured to continue to their own personal battle and journey when dealing with the road to recovery.

“The wind was very strong in parts but we survived. We were so blessed with the sunshine.”

See some photos of Mel and Al in action at our facebook page.