On exercises with PWRR 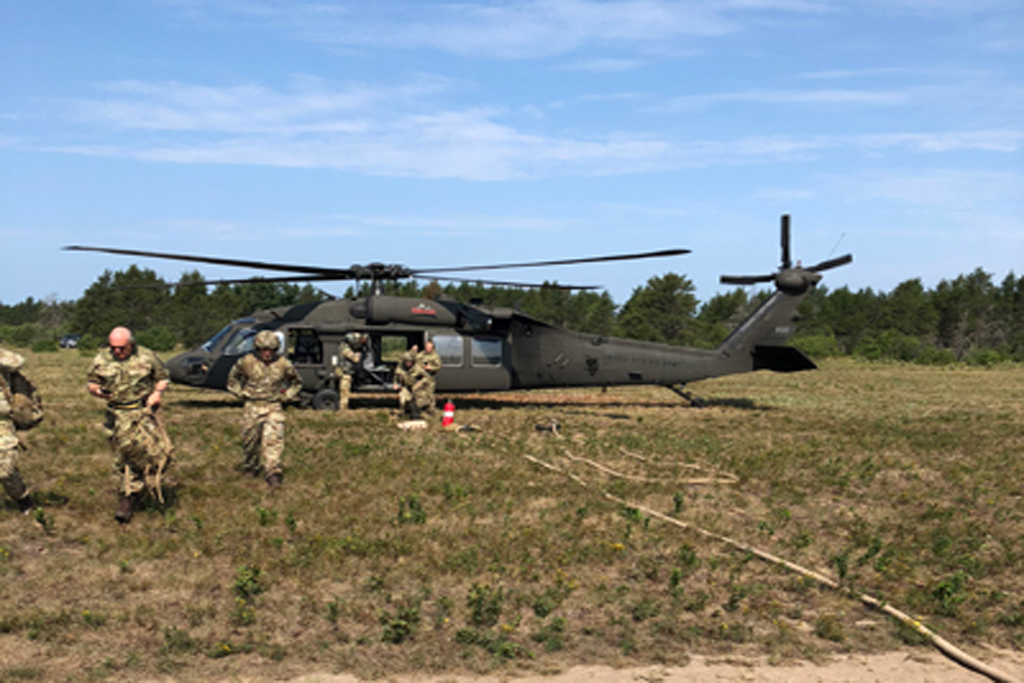 The Order is proud of our affiliation to the 3rd Battalion of the Princess of Wales’s Royal Regiment and we were therefore delighted that our Grand Prior, Simon McIlwaine, was invited by 3PWRR to join the new Hon Colonel, Sir Lloyd Dorfman, founder of Travelex, and several officers of PWRR on a visit to Fort Grayling, Michigan, where officers, senior NCOs and 108 soldiers of 3 PWRR were training out there as part of a large multi-national exercise, known as Exercise Northern Strike. Highlights for Simon included flying in a Black Hawk Helicopter and observing the Close Quarter urban fighting exercise with the US Marine Corps.