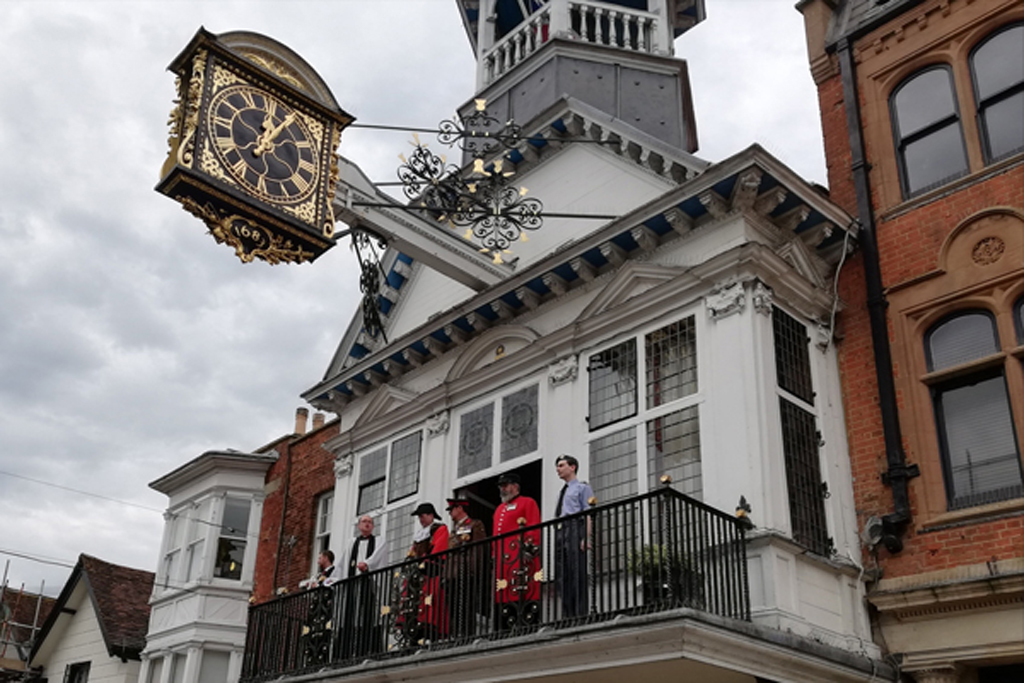 On 24 June 2019, our Director of Membership, Chevalier Keith Homewood, represented the Order as an invited guest of the Mayor of Guildford, Surrey, Councillor Richard Billington for the Armed Forces Day, Flag Raising Ceremony held at the historic Guildhall.

Keith joined other invited guests at a reception in the Elizabethan Guildhall where the Mayor gave an address supporting our Armed Forces. The Deputy Colonel of the Order’s affiliated Regiment, The Princess of Wales’s Royal Regiment, Colonel Patrick Cowley, responded on behalf of the Armed Forces and reminded guests of the sacrifice Guildford’s own regiment, the West Surrey Regiment, has made for our freedom during conflicts before becoming part of The Princess of Wales’s Royal Regiment.

The Revd Cannon Robert Cotton then conducted the public ceremony from the balcony of the Guildhall and the Armed Forces flag was raised above the Guildhall. The flag will remain in place until after Armed Forces Day on Saturday 29 June, which will serve as a reminder to us all of the debt we owe to the brave men and women of our Armed Forces.

During the reception, the Director of Membership met the Leader of the Council and other Councillors and Mayors past and present. It is hoped that this will be the first of further and a long cooperation with the Guildford Borough as the Order develops its membership in Surrey.