There are few institutions in the United Kingdom with an unbroken three centuries of service and none of them is so close to the heart of the nation as “The Men in Scarlet”, the Chelsea Pensioners, and their home, the Royal Hospital Chelsea.

Founded in 1682 by King Charles II and intended for the ‘succour and relief of veterans broken by age and war’, the Royal Hospital, with its Grade 1 listed buildings, still serves its original purpose.

The Order has been a long time supporter of the Royal Hospital Chelsea and was extremely proud to take the important further step of becoming a Platinum Friend of the Hospital. 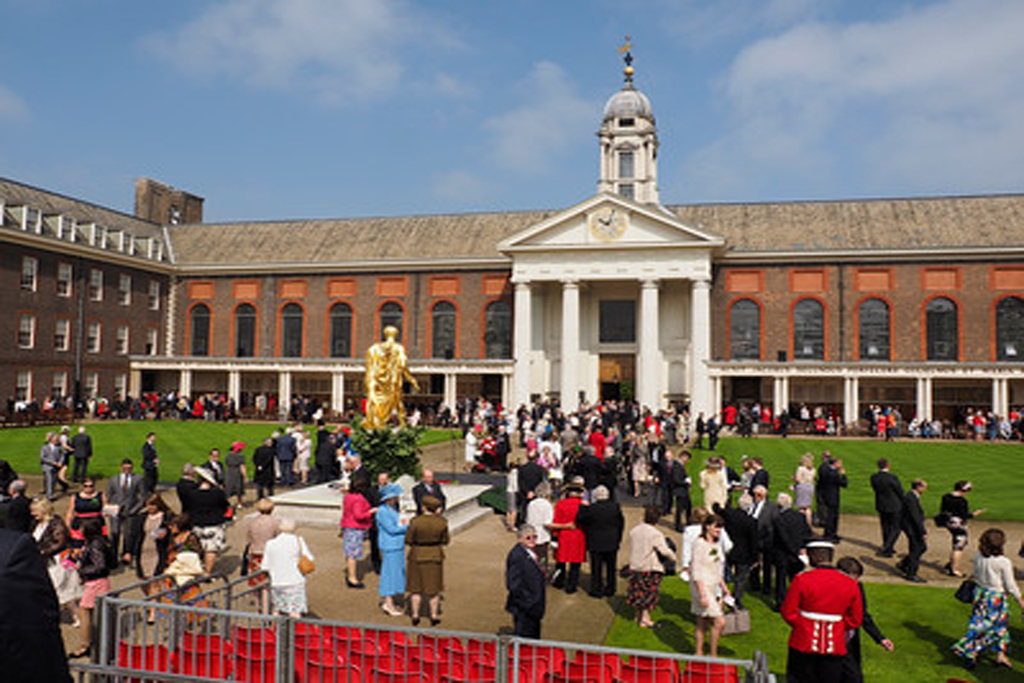 As a Platinum Friend of the Royal Hospital Chelsea we were invited to join the Governor of the Hospital to celebrate the Governor's Review with him.There are some photos of this event here. (Photos by V Ho Photography.)