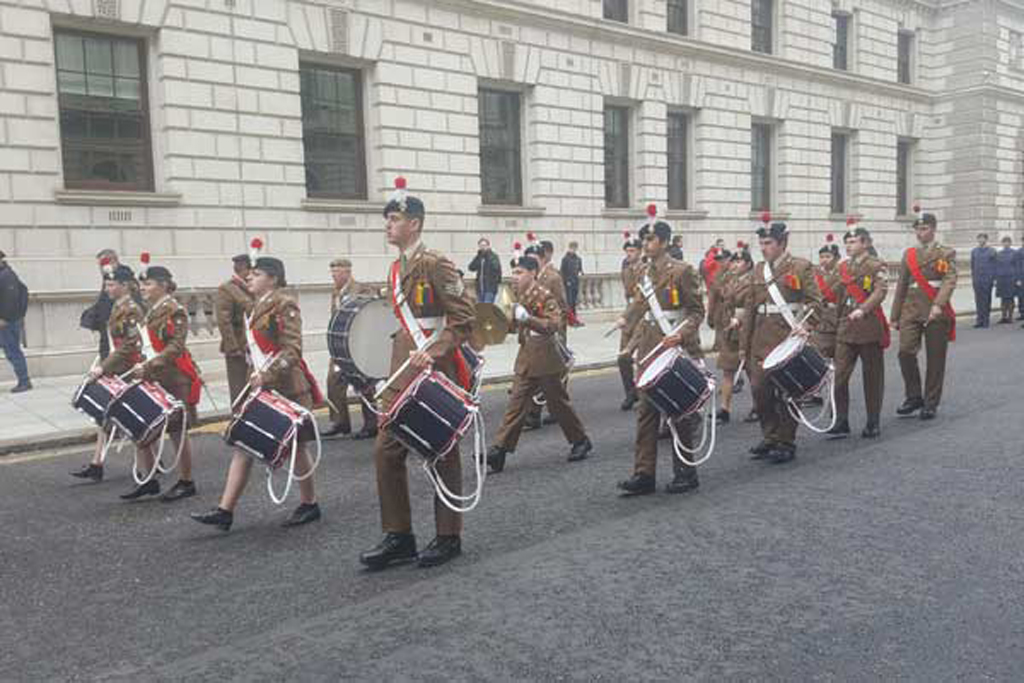 We were honoured to join our friends in the Royal Society of St George at their Annual St. George’s Day Wreath Laying Ceremony at the Cenotaph in Whitehall, this year marking the Society’s 125th anniversary.

Around 500 members of three Cadet Forces, accompanied by music from their bands, were on parade. Following the wreath laying at the Cenotaph there was a further ceremony at the Tomb of the Unknown Warrior in Westminster Abbey.